Shakedown for the PCFA Rally 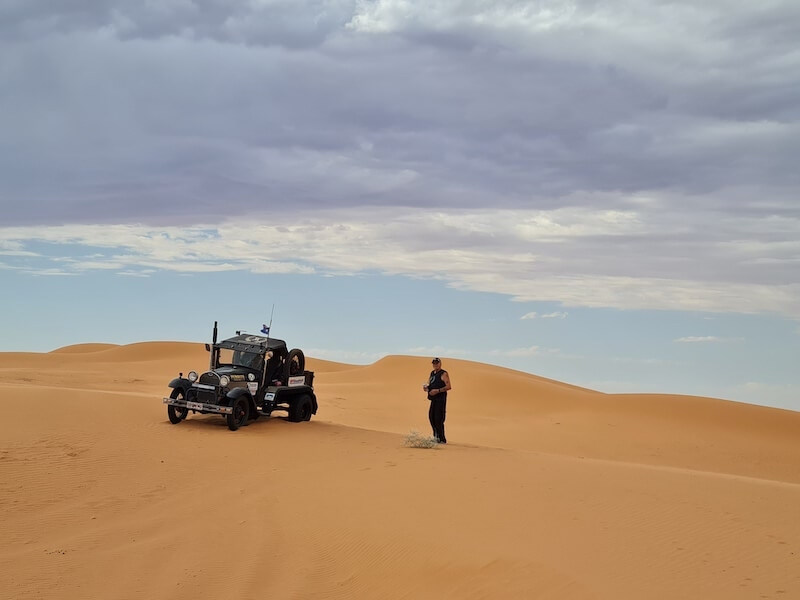 Shakedown for the PCFA Rally

We’re back on the road! Austen Ritchie and I went west to Big Red, Australia’s toughest sand hill north west of Birdsville.  It was a try out for the new gearing on the Rattler to make sure that it worked well and be ready to go on the PCFA Rally Fundraiser in May 2022.

This was a hard try out because the track and the sand dunes had just opened after a season shutdown and the drifting sand was steep, loose and fine. It took a while to do the shakedown, which was not going all that well until we did a tyre change on the rear and made sure all the air was out of the fuel lines. After that was done it went much better.

As I headed west from Big Red to climb out of the salt flats up an equally steep sand hill, one of 1130 of them to get to Finke, the Rattler made it ok but not the Landcruiser. The Landcruiser had road tyres fitted and they were not up to the task because I had changed them from wide larger off road tyres for a road trip and had not changed them back. We knew that, but this was a try out for the Rattler. 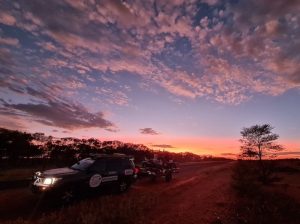 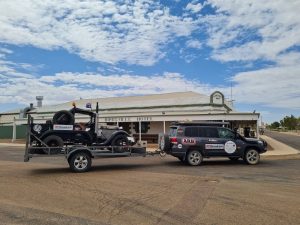 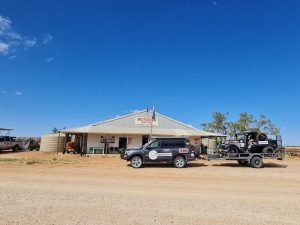 All in all the Rattler trial went well and the gearing will remain for the PCFA Rally where there are around 50 4WDs and only my 2WD 1929 Model A Ford ‘The Rattler’.

My support vehicle is my Mini Dakar Truck, a Fuso 4wd which will trailer the Rattler out to the start at Bourke NSW which is a full day’s drive west from my home and then be part of the rally ending up in Barossa South Australia. Then the Rattler will go back on the trailer for the two-day drive back to home at Wongawallan in the Hinterland behind the Gold Coast in Queensland.

The total crew this time will be five people and all are experienced off-roaders and appropriately licensed to swap around as drivers for the Fuso and as a passenger in the Rattler. I am the only one that drives the Rattler. 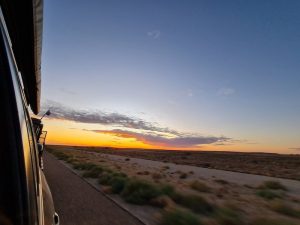 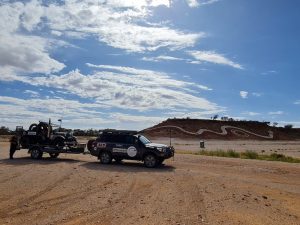 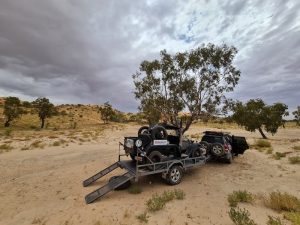 This 1929 Model A Ford has been across Australia via the five deserts and from the furthest point south – Cockle Creek in Tasmania to Cape York in Queensland via the Telegraph Track and then across the great sandy deserts again, heading west before turning north from Alice Springs up to Normanton in the Gulf and across to Cairns for a rest for two days before heading to Cooktown and south via the CREB Track. A real 4wd breaker but the Rattler did it and then ‘swam’ the mighty Daintree River and back home to Wongawallan. This was a trip that most avid 4wd owners go to test their vehicles.

The PCFA Rally is a fund raiser for Prostate Cancer Research and treatment and the organisation need much needed donations. Please donate if you are able. 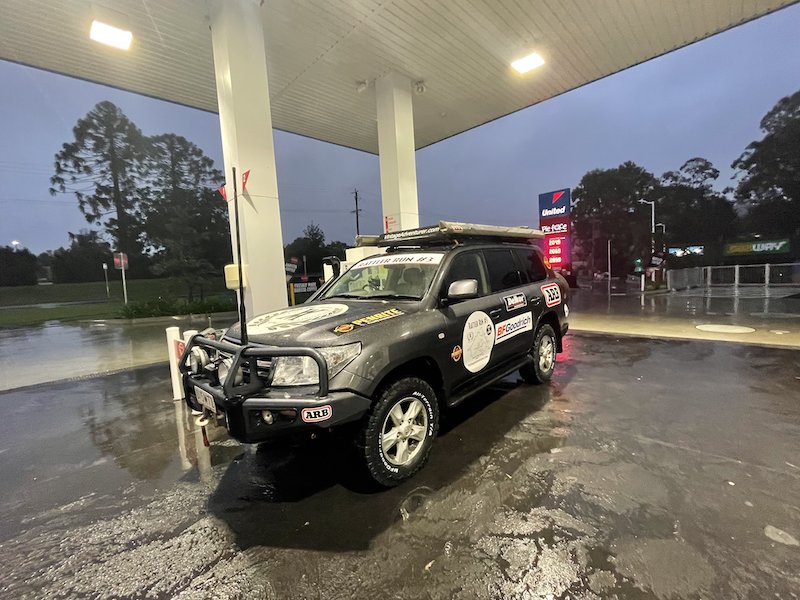 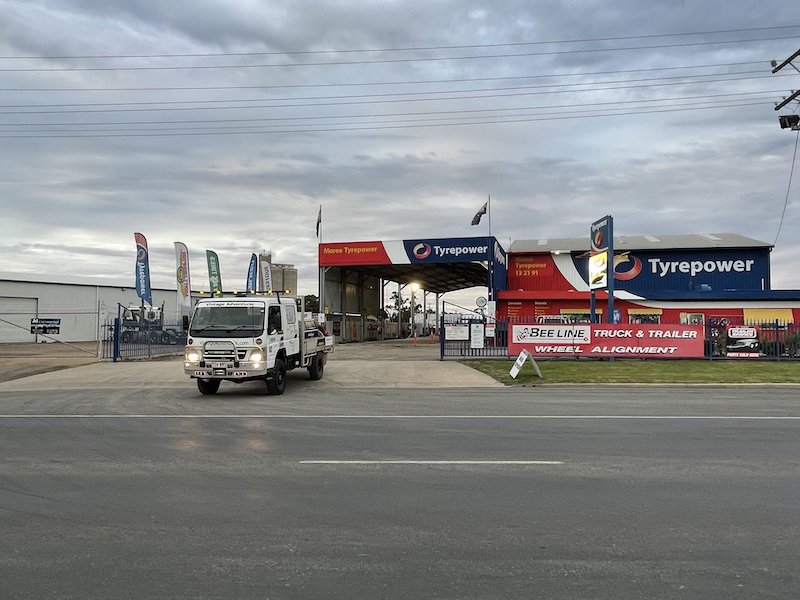 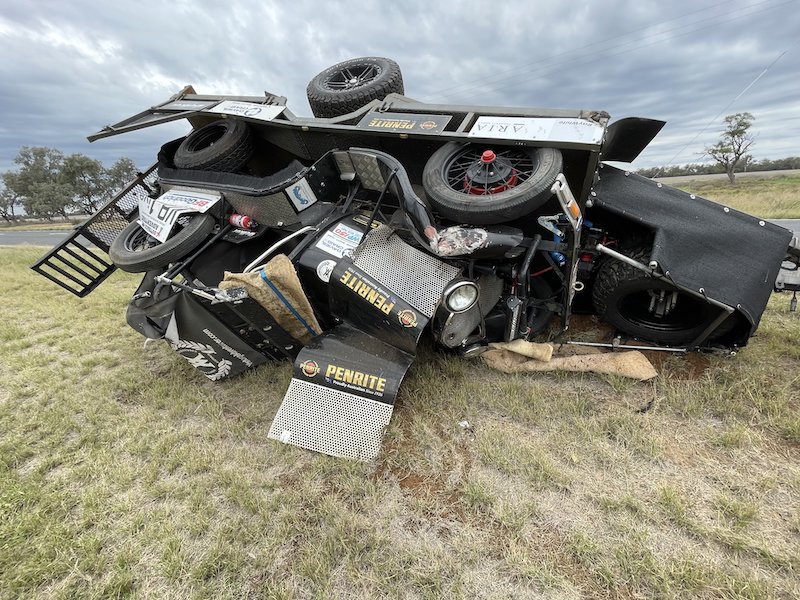