Today’s leg of the Prostate Cancer Rally will take us through to Wilpena Resort via Arkaroola Wilderness Sanctuary.

It was safe to say the Marree publican was sad to see us leave. The Vintage Adventurer, Rod Wade, was the first competitor on track followed by the VA support vehicle. The scenery was about to change only 13km in we entered Winchelina Nature Reserve. 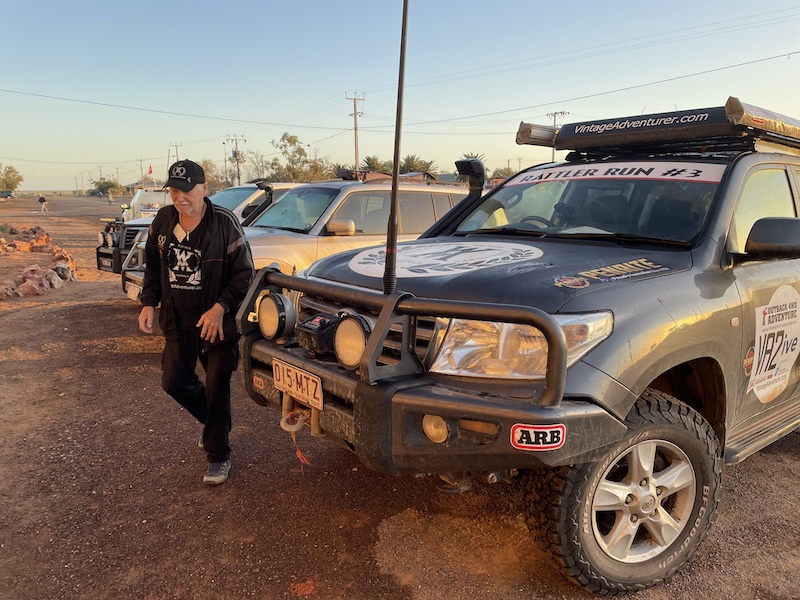 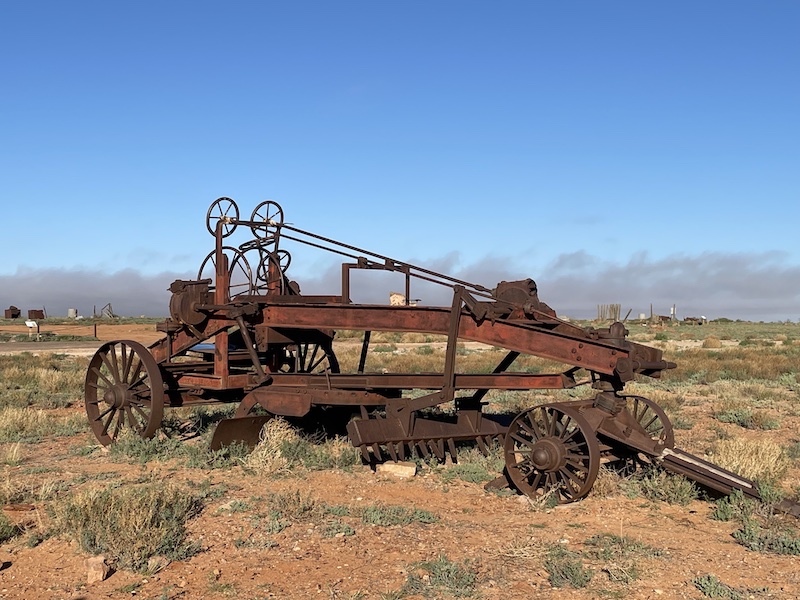 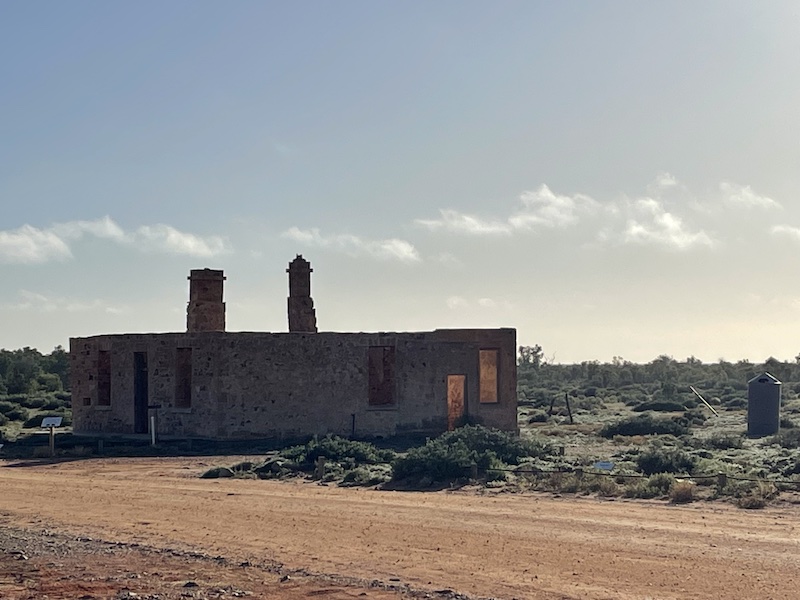 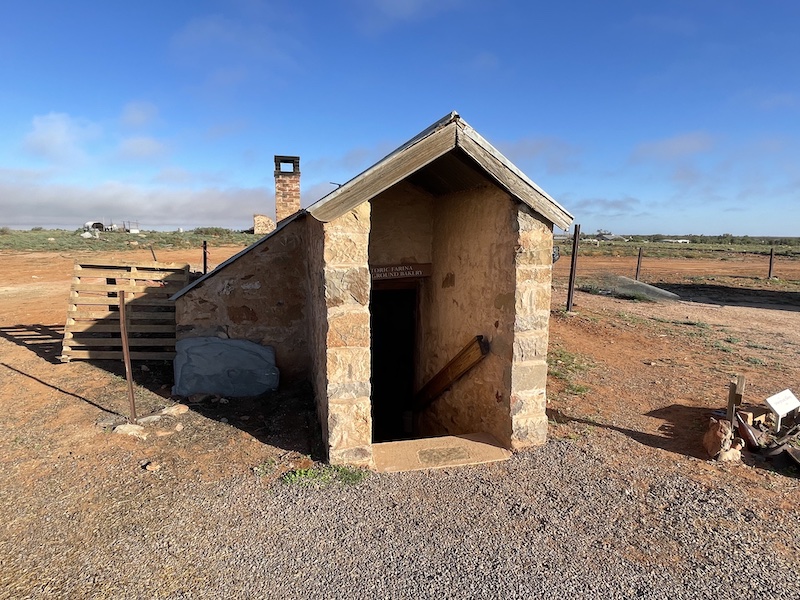 We were two days early for the underground bakery in Farina, a town established in the 1870’s only lasting a few decades with 300 locals at its peak. Residential ruins remain to this day but that didn’t stop us from having a chat with the volunteers on site.

On the road again we pushed through to Copley, turning down Gammon Ranges Road, the most spectacular views of Gammons & Flinders Ranges National Park were in sight. Both left and right the mountains were layered as far as your eyes could see, the foliage was changing as the roads became windy and cambered. 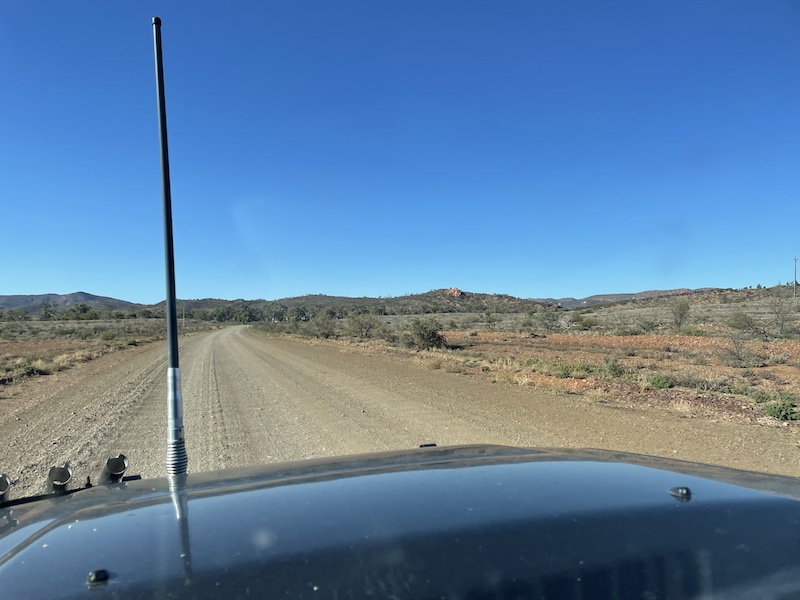 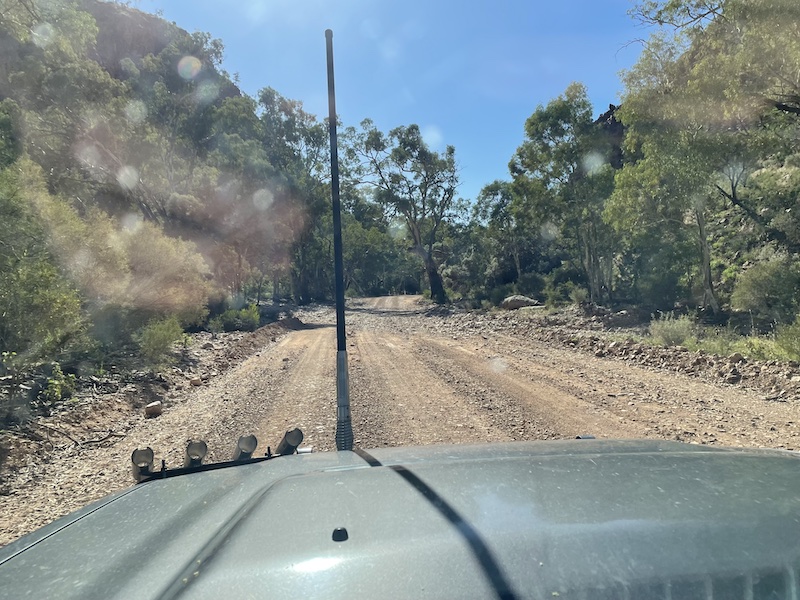 Rod and his team were on a mission as they drove through steep creek crossings with gravel and sand passing multiple stations flowing over thousands of acres of land. They stopped in Arkaroola at the motel for a coffee, only a quick stop.

Back behind the wheel, the Vintage Adventurer steered towards Frome Downs passing Triple Windmills in order to get to the gorges in Flinders Ranges along the Brachina Gorge Geological Trail in the national park. The roads were narrow, winding and corrugated making for a rough twisting drive. 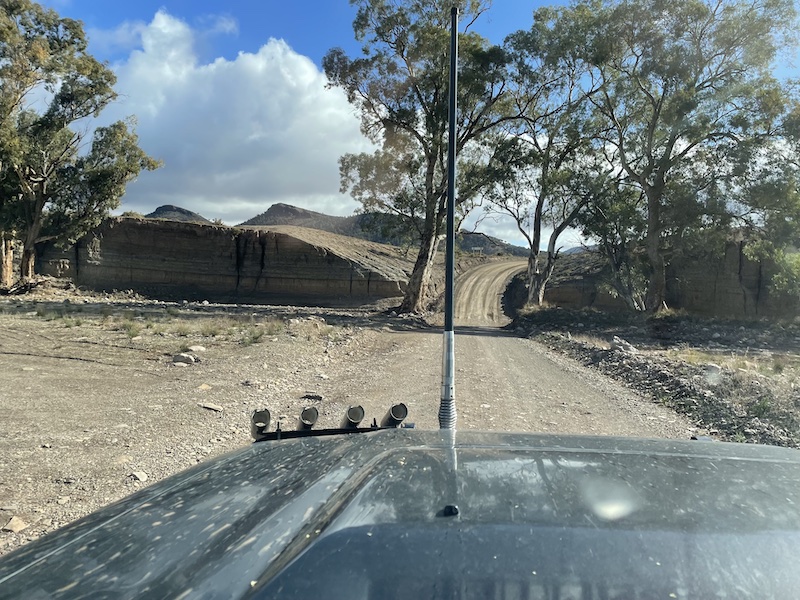 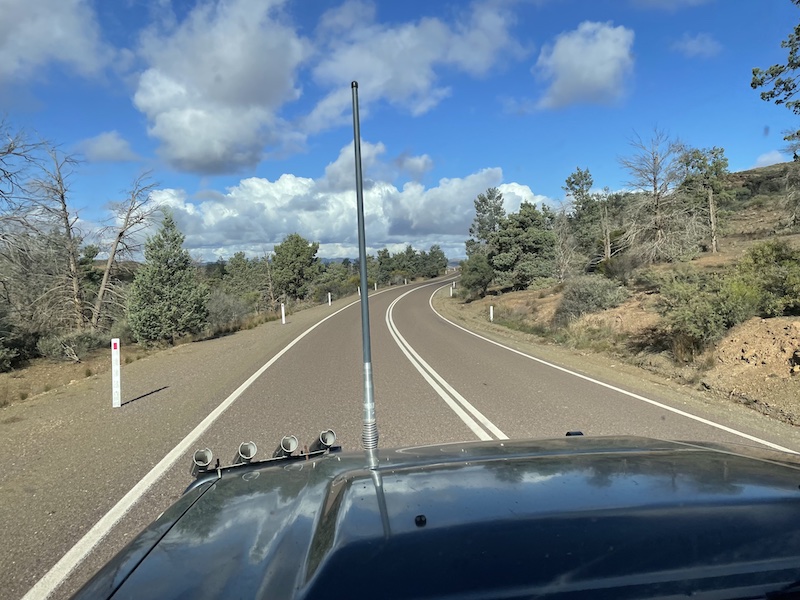 It was worth it to see the views from above the trees, layers of mountain in every direction much to their surprise.

Another 500km plus day of adventure, now to Wilpena Resort for dinner and regroup with the other teams, tonight the fundraiser goes into next gear with an auction to exceed the $150,000 target, donations were on the rise. 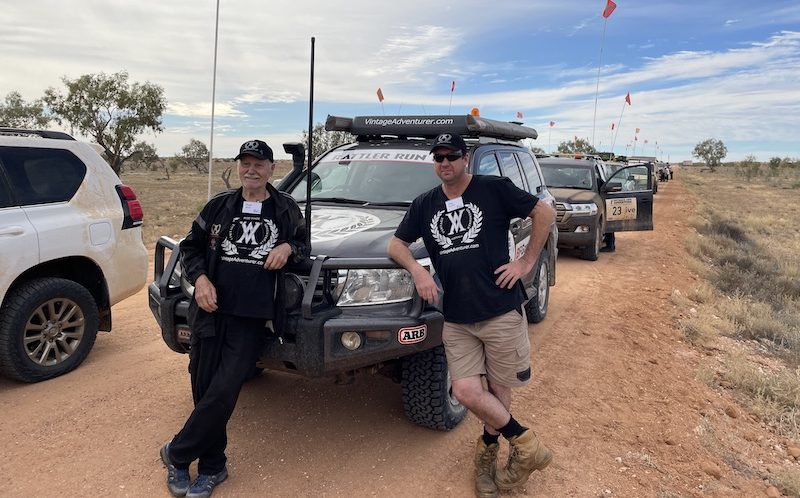