The Tudor Rose, now all rebuilt and back in full working order, had its final test today when it was put on a dyno to see how she would fair under pressure and to be sure she was tuned for maximum output for minimum load.. 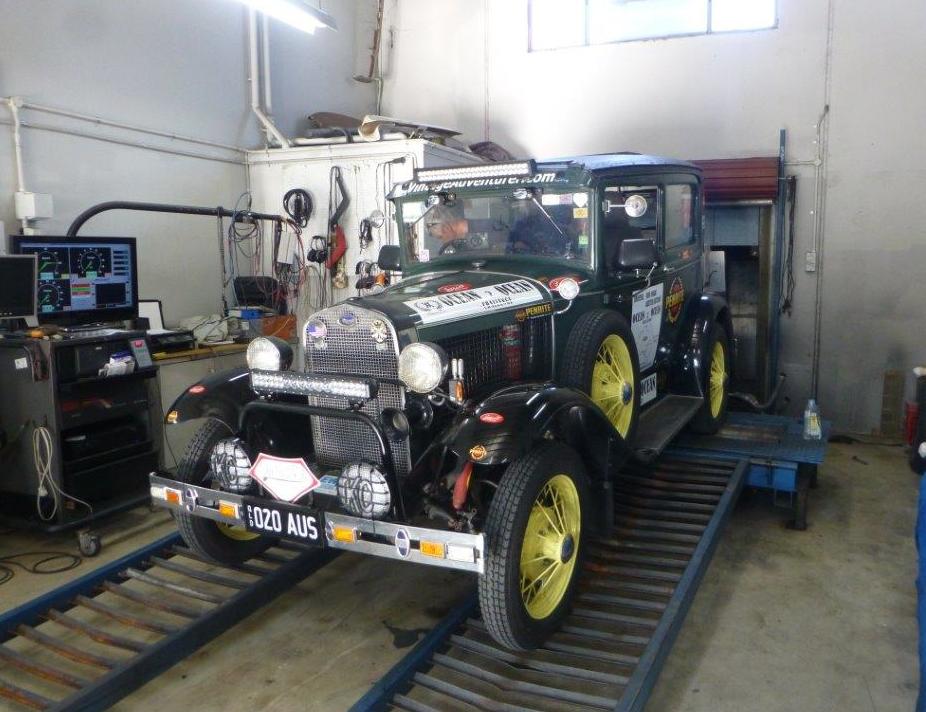 Tudor Rose on the dyno

Tudor Rose had a final run on the dyno with a huge fan in front to help the cooling and at the rear is a huge exhaust fan. The end results were great and the mechanic said she really is OK and ready to go but if we wanted we could increase the main jet by a half to make her absolutely top notch. We added another main jet a 155. Driving back to base was a dream.

Thanks to Craig Allan from MOTOCARB. I was impressed with his work and as it turned out we had mutual friends from the Peking to Paris and Craig was also preparing two cars for the P2P 2016.

Tudor Rose had all the necessary analysis done and adjustments made which took a couple of hours during which Craig and I chatted away. Craig thought I was crazy to be driving across Australia and back stopping only for fuel for Tudor Rose and ourselves!! Why he asked and I explained to him about the Kidney Kamper Programme. Unbelievable!!!

Craig did not charge a cent for the tune up because as he said it is for an absolutely great cause. Thank you Craig.

See the Tudor Rose on the dyno here

Thursday Tudor Rose is off to Beaudesert Exhaust for a new non-restrictive exhaust system. 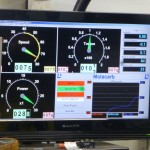 Tudor Rose gets her results 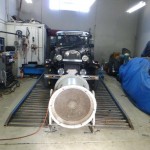 The final run on the dyno