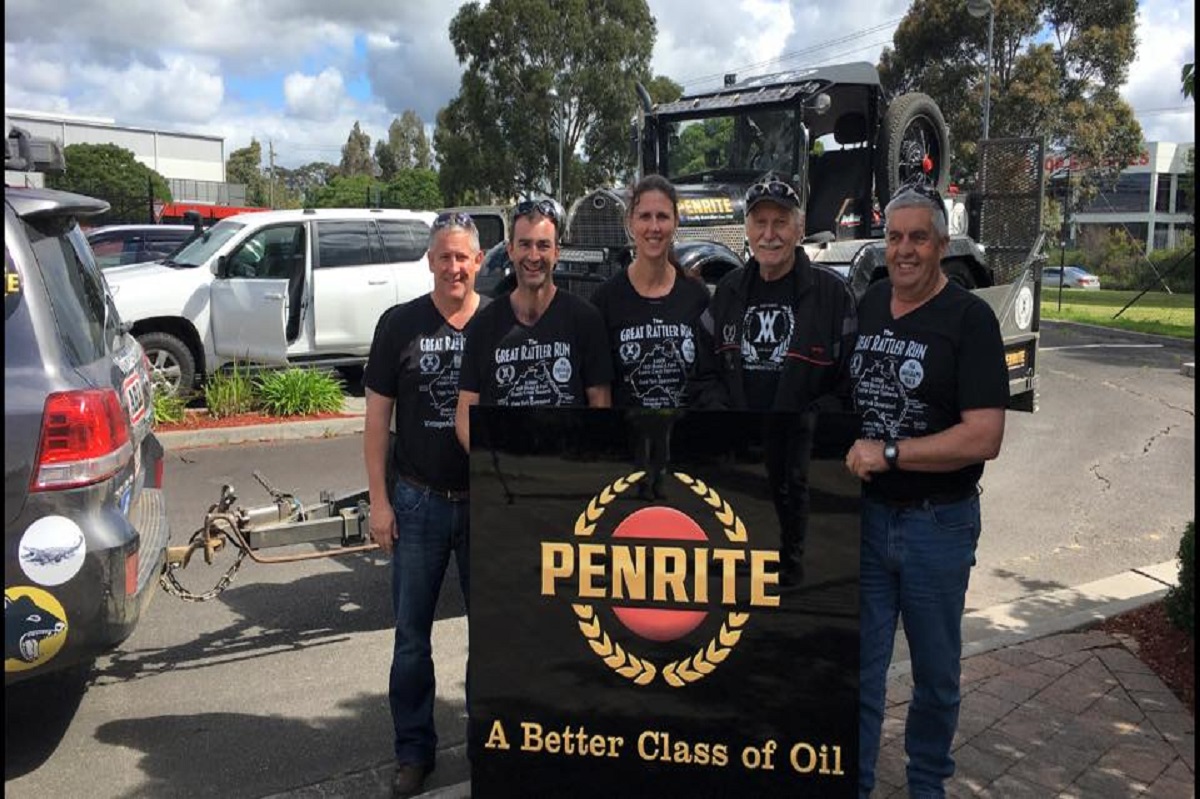 This morning we left Melbourne early, headed for Narooma, about 700 kms away. The weather is not holding up for us, and we have spent the morning on the highway taking on rain from the sky and spray from the passing cars! It’s also been a little brisk outside with the temperature around 8 degrees.

We had a small issue on the highway with all the fuses blowing. But we are now back on the road and all is good!

What a long day! It started early with a dawn departure from the Hotel in Melbourne. We headed up the Princes Highway, intent on making it to Narooma, and make it we did.

We had a lot of rain this morning, but the sun came out once we hit New South Wales later this afternoon.

After moving out of Melbourne onto the open highway, Don Snyder III took the wheel of The Rattler and did a mighty fine job of driving the next 600 kms or so. For those that haven’t ever driven a majestic old lady like The Rattler, you need to understand that it takes a lot of concentration and skill to keep her staying the course. But if I was ever going to trust one of my Fords to another driver, Don is the definitely the man for the job!

We drove through plenty of beautiful rolling hills today. But many parts of the highway are also lined with tall Australian Eucalyptus Forests butting up against the bitumen. After weaving our way further North, we arrived at the beautiful coastal town of Lakes Entrance.

But the highlight of the day, for me, was when I arrived in Cann River, the small Victorian town where I raised my children for many years with my wife Nola. My old butcher shop is now the local Bakery, and there are many other changes in town. But the air of familiarity is unmistakable, as much so as the old house we lived in that still stands, and the school that our children attended every day.

Whilst in Cann River, we fuelled up and changed one of the tyres on The Rattler that appeared as though it was not seated straight. About 5 to 10 minutes down the road, the new tyre suddenly lost air pressure and separated from the rim. The Rattler gouged its way across the surface of the road to safety, due to the very quick thinking of Don who was driving at the time, and who remained as cool as a cucumber! Poor Kevin, who was riding gunshot in The Rattler, was as white as a ghost when I pulled up. But he kept his wits about him and raced up the road to remove the tyre from the path of a following vehicle, then got straight on to fixing the tyre.

After changing the tyre in a hurry, we continued on to Eden, a former whaling hub. Then tonight, after arriving in Narooma, we were greeted by whales frolicking with their young very close to the coastline. Apparently, the whales have only been coming this close to shore for the last 20 years or so, as the previous generations are believed to have remembered the disappearance of other whales around these waters. It is also said that a killer whale lurked in these waters, and was rewarded with food for herding unsuspecting whales in close to shore where they were slaughtered. Very sad indeed.

Tomorrow we have an early start again, and head up to Sydney for the day. I’m sure looking forward to driving The Rattler around beautiful Sydney!