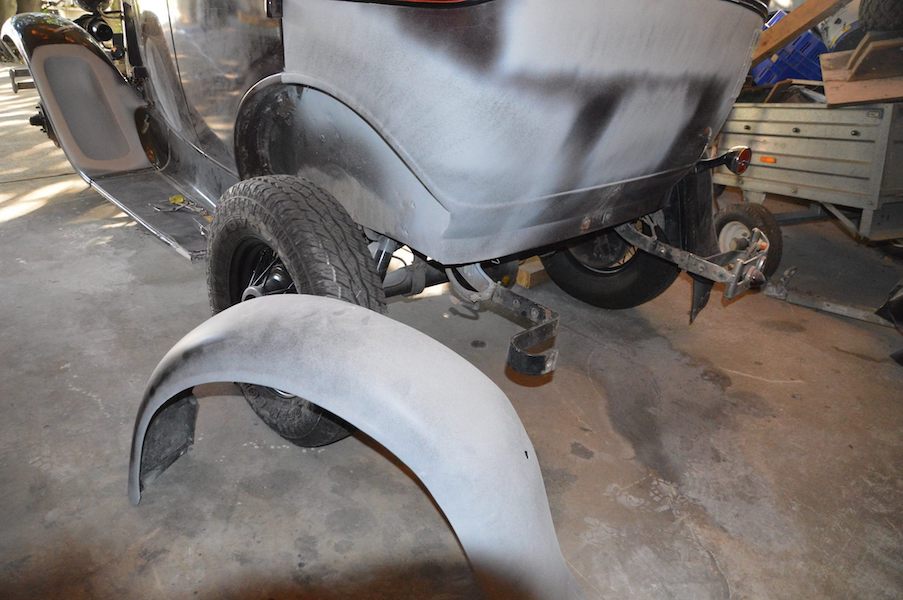 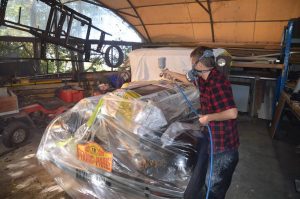 In 2016 Ruby suffered quite a lot of damage and has now just been ‘dent knocked’ – repaired and prepared and repainted.

Ruby was a genuine barn find in Hamilton, Texas.  Yep, right out of a feed store! I drove Ruby down the road a half mile turned around, came back and said to Billy, the owner, ‘she’s mine’.

I instantly called her Ruby due to the richness of the paint with the crazing and wonderful patina.

We had to do a patch repair and repaint on the bonnet where the engine lifted and tried to escape upon landing after we launched Ruby some three meters into the air during a race section in Mongolia during the 2016 P2P!!!  The flight was uneventful but the double bounce landing was not pretty.

With this latest body repair I have kept as much of the original patina and crazing as possible, this was difficult but Dean did a great job. Ruby looks like she has just been taken out of the barn and washed for the first time in decades. 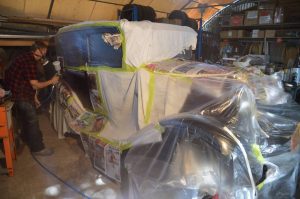 Over the next 3 months Ruby will be mechanically worked over and with the knowledge I now have following the 2013 and 2016 P2P’s, I should do a tad better in 2019.  As always anything can happen when mixing an 89 year old, 4 cylinder, older technology car with those from the 1970’s sporting more modern suspension and stronger engines.  That disadvantage just encourages me to do better!!