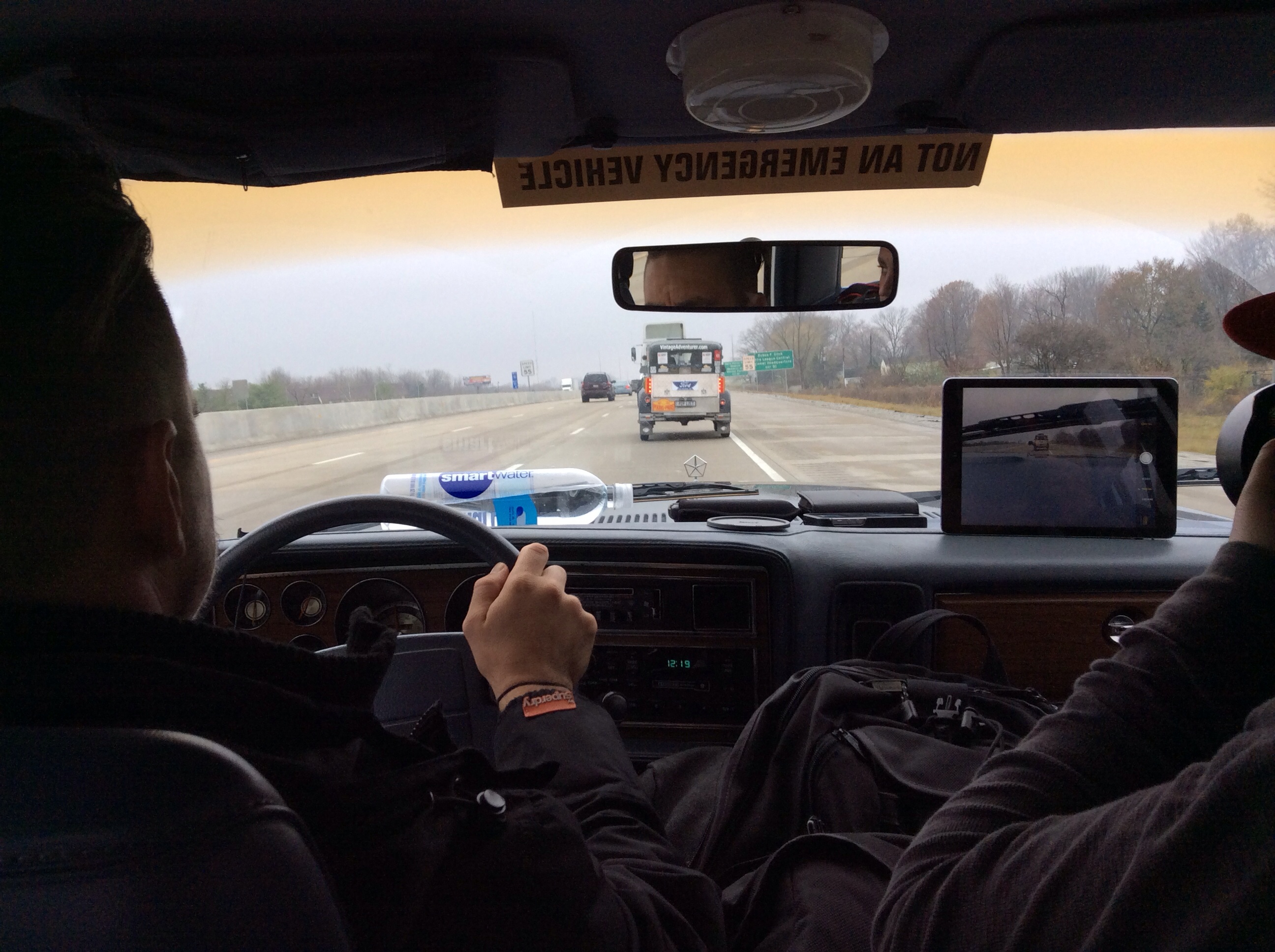 As we saw the signs for Amarillo, we held our breath. This is where the first attempt had ended in heartache. We’d already had a tip off from Jay Ramey at Autoweek (who’s been a constant supporter who we are most grateful to) that Amarillo was about to see some extreme wintry weather. Jay wasn’t wrong.

Black ice on the roads, a huge drop in temperature and freezing rain struck. Rod and Michael were forced to stop every couple of miles to clear the windscreen as they couldn’t see very well. When they did have visibility, they saw over turned RVs and a multi truck pile up. It made you realise that this wasn’t about the clock anymore. This was about staying safe. Thankfully they did and despite freezing in the Model A, they made it through.

“That was the scariest thing ever” Michael said at the fuel stop.