15 days out before Ruby ships out to the Peking to Paris. 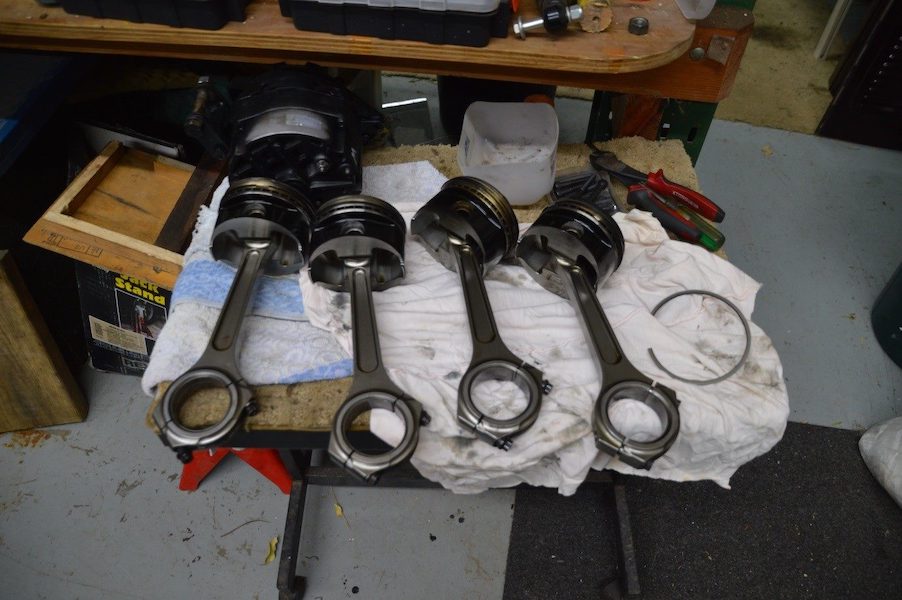 15 days out before Ruby ships out to the Peking to Paris.

The last month has been huge in rebuilding Ruby my 1930 Model A Fordor. Following the 2016 P2P in this car there were many issues to sort and many loose bits to tighten up but most importantly the mechanicals needed reworking.

Navigator Kelly flew in and worked for a week or so and set up the navigation side of the car.

After Kelly left Trevor and I pulled the engine down, sump off, pistons out and honed the bore.

A day later the engine was back together and running OK. For the past week or so I have been working on the to-do list and listing all the parts and tools to be packed in Ruby ready for shipment.

Yesterday after another test drive I was not happy with the performance and concluded I had windage in the sump and needed to again take it off. Another reason for dropping the sump again was to change the front crank seal from the modern neo’ type back to the woven rope type which is more forgiving and easier to replace in the middle of nowhere.

This engine was initially built by my good friend Ora Landis from Schwalm’s Babbited Bearings in Strasburg PA USA.  I will be talking to Ora this evening midnight AU time which is 10am Ora’s time to see how he feels about the sump windage. I have a couple of thoughts, but I am sure Ora will know straight off if windage is an issue and allowing oil to escape out the filler when going at full tilt.

Some say it is not a Model A Ford if it doesn’t leak oil!!! This is virtually correct too, but Ruby is getting on to 90 years old and being flogged across the world needs to be in the best shape she can possibly be before the P2P 2019.

Plenty of oil, plenty of wire, plenty of cable ties and plenty of patience will hopefully get us to Paris.